This past week our Sunday school began, at the request of a participant, a study of women in the bible. Since I am a “lady pastor” as some wish to call me, I have always shied away from teaching many classes exclusively about women in scripture largely because I am concerned that such a thing could be misinterpreted. However, I am delighted to have a chance to do it now! 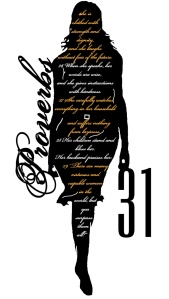 At the beginning of class, I had the group (which consisted, as usual, about evenly of men and women and ages 21 to 70’s) list all of the women they could think of from scripture. There were the usual suspects: all the Marys, Martha, Sarah and the various unnamed women Jesus healed. They also came up with a few others including Miriam which is likely because we have just finished studying Exodus.

Then I had them list all the things they believed or at some point had been told that the bible says about women and how they are supposed to behave. From this came a predictable list. Women are to: honor and obey, be quiet, be meek and mild, be in their place, serve and be submissive and servile. Women shouldn’t learn or teach, they are weak, more sinful, and are considered property. No voice, no opinion, no value, no place in the world. Women are the cause of sin.

The first woman we studied had been chosen to demonstrate one of the most positive views of women in scripture: the Proverbs 31 woman. With one gesture of her industrious arm and a bit of her laughter, this ancient woman of great virtue dressed in purple and crimson dismissed almost the entire list we had just made. In her great wisdom, she left a few for us to figure out by studying her scripture sisters and even left one or two that are not actually as negative as we may sometimes interpret them.

I know that the Proverbs 31 woman has often been held up to women as an utterly unattainable perfection, but as this is a DEscriptive rather than PROscriptive text, she can be a bright light to guide rather than a hammer to crucify.

There are a few parts of the text that have always stood out to me, but none more than verse 25. She is clothed with strength and honor and she can laugh at the time to come. Now, I am fully aware that the second part of this verse about laughing is a figure of speech meaning that one who is prepared for the future has no need to worry or fear, but the fact that it directly pictures the woman laughing seems quite a bit unique. Surely other women in the bible laugh, but this is the laughter of a confident, competent, strong woman surrounded by family and the fruits of her great labor. This is a beautiful image! And she is clothed in strength and honor. I cannot read that without thinking of the movie Gladiator and the use of the words “Strength and Honor” by the hero as a kind of ethical code. What amazing words for the writer of this text and, indeed, the Holy Spirit, to give to women to wear like fine garments!

One of the class participants pointed out that all the advice given in this chapter is given by a mother to her son, the king. “Even kings,” she said, “ can learn from a wise woman.”

When I think of that ideal woman and her garments of strength and honor, her light that does not go out, her industrious and generous hands, I think of the many women I have been blessed to know in my life. No one of them reached the lofty heights of this lady of proverbs, but all gave breath and life to this image and have made her real to me. For that, I am truly grateful!

One thought on “She Laughs”