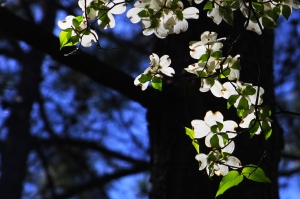 The Book of Revelation. (and that’s Revelation not RevelationS) Of all the books of scripture, this one seems to cause the most questions and curiosity amongst Christians. When you ask most people about this book, they will tell you the first thing that comes to their mind is something about the end of the world: riders on horses bringing destruction and disease, a beast with the number 666, and all kinds of things with the number 7.

Many people believe that hidden somewhere deep within the book of Revelation, with all its strange and dramatic imagery, lie clues to when the world will end. They believe that it is like the writings of Nostradamus or some cryptic tome by a little know sect and that, rather than being a book about the faithful in the early church, it is actually some kind of secret code book. If you can just decipher it correctly, you can identify the anti-Christ and predict the end of the world. Ah, if only Dan Brown (author of The Da Vinci Code) could help us with decoding it! Maybe that will be his next book. I’m sure it would be a best seller if it was. Ultimately, however, Revelation is less about decoding the end of the world and the identity of the anti-Christ and more about hope for the new creation and who it is that brings it.

One thing that you will rarely hear someone say about the Book of Revelation is that it is a hopeful book. But, the truth is that this book holds some of the greatest promises, most hopeful words and images of the entire bible. There are more images of what a renewed and redeemed earth is really to be than anywhere else in the whole book. It is a book not of fear or conjured portends of the future so much as it is a book of hope.

Billy Graham was once asked about what he believed about the end of the world, when it would occur and what would happen. His simple reply was basically this: well, I’ve read the end of the book and I know God wins and that is all that really matters to me. And that is exactly what Revelation does. It tells us the end of the story, the out come that is now and is yet to be. God wins. Evil loses. And we are all made new.

Our second text today is from this very often misunderstood book. It is the next to the last chapter, after all the catastrophic events that people most often associate with Revelation. To better understand what is being said here it is helpful to look at what life was like for Christians during the time this was written. It is also helpful to be reminded of who it is that makes these promises of this new future.

For Christians during that time, life was very difficult. Christianity was new in the world, an obscure off shoot of Judaism, and it is hard for us, living in 21st century United States where we can expect and even demand that our religious practices are honored and protected based on the laws of the entire nation, to understand how difficult it was to be a follower of Jesus’ teachings. If you had lived during the first couple of generations after Jesus’ death and were Christian, it is not likely that all your neighbors were Christian, as we might commonly experience here and now. It would not be likely that people would consider you a good person because of your faith either. Early Christianity was a tiny minority and, by most of the rest of the world, it was considered to be something like what we would today identify as a cult. There were wild rumors about Christianity, too, including strange stories about baking babies into loaves of bread. Since the Christians said they were eating the body of their God, their God who came to earth as a baby, that was one of the many conclusions people came to. Because of discrimination against people who followed Christianity, there were a multitude of ways to suffer at the hands of one’s social peers and those of the government. They were outcast, looked down upon and vilified. A Roman leader once blamed a devastating fire that had burned for 6 days on the Christians and had them tortured and publicly executed in horrifying ways. Frequently, it was just plain against the law to be a Christian. In the most severe situations, Christians were imprisoned, put to death, used as entertainment by being prey for the wild animals in the circus arena and were, at the worst points, used as human torches to light the streets and the gardens of the emperor of Rome.

So for the people who would have read or heard the story in Revelation when it was written, the world was a dangerous, frightening place. The idea of beasts coming from the sea to devour the world would not have seemed too far off the mark. Imagine living in that time… that nightmare, fearful time, where it seems that everything is crashing in, that the world around you is coming to an end in a very literal and terrifying way.

And then, amongst all of these frightening things, you hear this vision of the book of Revelation. A vision of a new heaven and a new earth. The old things, the broken, damaged terrifying world that would torture and kill you and all those you love for believing in God, have passed away and a new world is here. Jerusalem, the holy city, is coming down from heaven. Jerusalem, the city of peace, has been a damaged, broken, city full of enemies and danger, run down, and in the center a great symbol of how far the world has fallen: the utterly destroyed temple. But now, in this new heaven and new earth, the New Jerusalem is so beautiful that she looks like a bride on her wedding day.

The appearance of this beautiful New Jerusalem is more than just a new city. The city of peace, so aptly named, is symbolic of God coming to live with us here, on earth. One of the most amazing things about this is that it is the end of time and, instead of us going to heaven to be with God, God brings heaven to us. God makes a new heaven and a new earth and comes to live in it with us.

It is then that we hear what are considered by many to be the most hopeful words in all of scripture: He will wipe away every tear. Death will be no more. Crying and pain will be no more, for the first things have passed away. God himself, with his own hand, will wipe away our tears. More than that, he wipes out tears forever. Crying that comes from the pain of the broken world is no more. Death itself is no more.

Now, while we do not suffer the kind of persecution that the early Christians did (no one is going to put any of us to death for our beliefs and we should be daily thankful for that fact) the world is still a very broken place. The pain of illness, disease and death is still very real for all of us. All you have to do is watch the news to see the many ways in which we can hurt one another. In many ways this truth given to us in Revelation is some of the most hopeful news in the whole of scripture because God will not just comfort us and help us to forget the bad things, but God will redeem the whole of human history. This is part of the deep hope of apocalyptic texts: salvation isn’t really complete for me, for you, for all of us in its entirety, as long as the terrible effects of human sin and brokenness continue to ripple throughout time and across the world. The promise we are given here is that the chain reaction of human sin will be ended, and all the tears will be wiped away. The tears that God must wipe away are not only the tears we shed, but also the tears we cause.

Sometimes it seems like the earth itself writhes in pain, with earthquakes, tornadoes, hurricanes, floods and droughts, all kinds of disasters. So while we do not know exactly what it was like to be the people who first heard these words, we sure do know what it is like to wish things were different. To wish that the ones we love did not suffer, to wish that we could undo the ways in which we’ve hurt others. To wish that it did not seem like nature was at odds with us during storms or other natural disasters or shifting environmental events. To wish for a new world; not a replacement or different world, but a world made new, whole and right.

Several years ago I went to see the movie The Passion of Christ. Though there are moving scenes throughout the film, one in particular has stuck with me. It is not a scene taken directly from scripture but is, instead, an interpretation of several things put together. It is in the scene where Jesus walks the road to his crucifixion carrying his cross. He is bloodied and beaten, attacked verbally and physically every step of the way. He stumbles and nearly collapses and his mother, Mary, and John are watching all this from an alley. When he falls, his mother runs to him, to lift him up saying “I’m here! I’m here!” But Jesus looks at her not as her little boy, but as the Son of God, the savior of the world, doing the terrible work of salvation we cannot do ourselves and says “Behold, I make all things new.”

During Easter we talk a lot about how Jesus has defeated our greatest enemy death, even though it does not always seem like that is the case because there is still crying and pain, there is still suffering and death. But the vision of Revelation shows us the end of time, when the evidence of that victory is fulfilled. We can see its outline already in the new life of Jesus, crucified and risen. Jesus, alive and at large in the world. Because God is with us already in the scriptures and proclamation of that good news, at the table of our Lord in communion, and in the Holy Spirit filling the church in this body of Christ, we see glimpses of that new city that is to come, the new heaven and the new earth.

God wins. Evil loses. And we are all made new. So hear the words of Revelation as words of hope. “See, the home of God is among mortals. He will dwell with them as their God; they will be his peoples, and God himself will be with them; he will wipe every tear from their eyes. Death will be no more; mourning and crying and pain will be no more, for the first things have passed away.” And the one who was seated on the throne said, “See, I am making all things new.”

One thought on “God Wins, Evil Loses, And We Are All Made New”