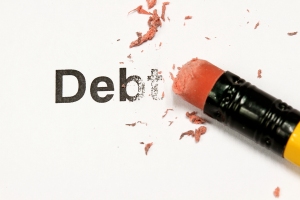 Today’s text is one of those that pastors dread.  That gospel lesson can leave us wondering: what is Jesus going on about? Is he actually praising the shady wheelers and dealers? Is he actually suggesting that we should look to people who are similar to this guy, like corporate embezzlers for example who take what they can for themselves at just the moment they are about to lose their jobs, as examples of how best to behave in business? It all sounds a bit backward from the way we’d expect it to be.

It all starts with Jesus is telling a story to the disciples; his very closest followers.

There was a man whose wealthy boss had gotten reports that his employee was squandering away his property. The man then summons his employee and questions him. So, he says, what’s all this I hear about you wasting my money! It’s time for an audit!  I want to see the books, because I believe the time has come for me to fire you and get someone else to look after my business!

Well, the manager is sent into a tailspin. What am I going to do? He asks himself. I am not strong enough for manual labor and I am too proud to beg. One can imagine his worrying. I know what I’ll do! I’ll go through everyone’s debts to my boss and cut them down. That way, when I have to look for work or help elsewhere, people will be glad to see me coming and help me out.

So, first guy comes in. How much do you owe? The manager asks. Hundred jugs of olive oil, the man answers. Ok, quick now, take your debt sheet and make it 50. Second guy, same thing. How much do you owe? A hundred containers of wheat. Sit down, he tells the man, and quickly make it only eighty. And so he did the same to all those who owed a debt to his boss.

When the Boss hears of his property manager and his shrewd dealings with those who owed the wealthy man money, he is impressed and even commends him for his wise dealings with the debtors.

I think that the way we hear this story depends, like a lot of Jesus’ parables do, on which character you feel you are. This is often a good way to read a parable devotionally by asking, as we’ve been doing in Sunday school the past few weeks, who am I in this story? If you are the boss, this doesn’t look at all good for you and we as listeners might find ourselves saying, “huh?” at his reaction. The manager’s actions mean you’ve lost money, and you’re already thinking you’ve been taking some kind of loss because of this shady guy. Good thing you’re firing him! Of course, that’s not what this boss says. If you are the debtors, this looks pretty good to you! This incident might mean significant financial shifts for you and your family and could greatly impact your life for the better! If you are the manager, it is fantastic because through your somewhat unorthodox maneuvers, you’ve come out on top of things! People you deal with think you’re great and you’ve managed to keep your job! WINNING!

Some of my many pre pastor jobs, those careers I had before going to seminary, were working in retail. In my time working for various companies, I saw many of my co-workers and employees either in serious jeopardy of or actually losing their jobs. The most common reaction to this was to retaliate against the company or the people in charge. This is, actually, the most common reaction people have when they believe they’ve been fired unjustly. I remember one particularly difficult time when I had to fire an employee. As soon as she knew her job was hanging in the balance, she became not only careless with company property but outright destructive. She was also verbally abusive and in the end, her behavior sealed her fate and I had to fire her even earlier than I expected. But here is what is interesting about our dishonest manager in Jesus’ story: unlike “most people”, he does not retaliate when it seems his job is in danger. He also doesn’t do what many other people do either: work extra hard and hope to keep the job. He does not seek to skim off the top of the money of his employer before he is let go and he doesn’t scurry around to make a show of hard work. Instead, he does something completely different. Instead, he forgives large portions of debt owed to his employer, not taking money for himself but simply reducing their debt in order to have those people like him better.

To help us understand this, let’s look for just a bit at what leads up to the story. Just before this little set of parables in this part of the gospel of Luke, Jesus has repeatedly offended the religious elite and brought about their very public criticism by doing a lot of things, mostly by forgiving sins. He also did a bit of healing and a few miracles, but it seems that primarily their greatest complaint against him is that he was either working on a Sunday or that he was daring to say he, himself, forgave sins. The healings weren’t so bad really, but the audacity of him daring to say ‘your sins are forgiven’ was a complete outrage. The set of parables here depict, in many different ways, how upside down Jesus’ critics were, as they were telling him what a poor Rabbi he really was.

Perhaps the story of this manager and his radical way of changing his, his boss’ and the debtors’ lives is an example of how poorly Jesus managed to do his “job” as a Rabbi and as the Messiah. Jesus, the Bad Manager. Not really in the list of the titles of Jesus, but think about it. He had a responsibility as a Rabbi to mediate God’s justice, keep God’s law carefully and exactly, and to give out forgiveness only after proper evidence that the sinner had actually earned that forgiveness by satisfying the law. That was a part of his job, after all: teach people about the law, what they “owed”, in a manner of speaking, as debt for their sins, mistakes, flaws, errors, violations of the law. He was to remind people of their debts, not forgive them.

And yet, that is not at all what Jesus did. If that was his job, well, you could say he did it in a radically different way.

Think about what we’ve seen Jesus do in other places in scripture. He heals people left and right without inquiring about how they got sick in the first place, implying that it didn’t matter. He forgives a woman about to be put to death for adultery and doesn’t bother to say, “do you promise never ever ever to do this again?” He just does it, like it’s his job to give away all this free mercy purely on grace! All he does is invite, not command, those whom he has forgiven and want to follow him take up their crosses. People are coming to him left and right and he is just declaring their sins forgiven like it was his job.

Truly, think about it, this is what he does for us all the time. We come each week to worship and confess that we are in bondage to sin and cannot free ourselves. We confess our vulnerability to sin, our actions that we should not have taken and those we should have but didn’t, our thoughts and words, too, that ought to have been different. And Jesus forgives those sins like it’s his job!

Nearly all of the parables Jesus tells his disciples and us are somehow or another about the kingdom of heaven or the nature of God or of our relationship with him. So what could this be saying about those things? Well, for one thing, and perhaps the most important thing, it gives us an image of Jesus forgiveness, his crazy management style of reckless mercy. But it also tells us something about ourselves and our relationship to God. We are debtors to God and we’ve had our bill of debt rewritten. In addition to this, we are also dishonest managers. We have not, with all that God has given us, been good stewards. And “manager” is after all another word for steward. Our possessions, our money, our talents and abilities, our bodies, our time, our relationships; in thought, word and deed, we have not been good stewards. And so, by rights, we can be held accountable for our poor management. And yet, we are forgiven for that, too.

This parable about forgiving debts is, in some ways, a challenge to us as Christians. There is a hint of that line in the Lord’s Prayer in the story. Forgive us our debts, our trespasses, our sins as we forgive those who sin, trespass, are indebted to us. And, so, too, is there an echo of Jesus’ words to his disciples about forgiving sins. If you forgive someone’s sins, so does God. If you hold on to mercy and forgiveness, carefully portioning it out to only those who merit it, God may as well. This is the charge he gave to the church.

In the most boiled down version of this story, Jesus praises this manager for acting generously on behalf of the boss. It becomes a sort of challenge to us. So, could we be managers like this? Will we? Will we give away mercy and forgiveness? In the end, the debts, trespasses, sins that we experience in others are against God far more than they are us. Will we act generously on the boss’ behalf?

I’m not saying this is an easy thing to do. It is hard to look at someone we believe is unworthy of God’s mercy and still believe it to be true that they are recipients of it at the same time. Think of that person or group of people that has in some way hurt you. The 5th grade bully, the person who said they loved you and left, the one who lied, the group who let you down. See them in your mind, holding a bill of debt owed for all of that. What would it be like to take their bill of debt, their trespass upon you, and write it “paid in full”? Is it fair? No, but fair isn’t the point. Grace is. God’s grace is the point and we get to manage a piece of it right there. It is possible God really wants us to “mismanage” that grace and give it away for free.

Hardest of all is to see someone who has wronged us, insulted us, hurt us and know they want us to forgive them so badly, or perhaps we know that they may not even deserve our forgiveness, and yet do it anyway.

Mismanage the boss’ grace and mercy: forgive anyway. Like it’s our job.

One thought on “Debt Management”