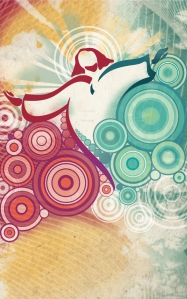 I love the cover of this week’s bulletin. It is a simple image with simple phrase; simple but so full of meaning. For to him, all of them are alive!

[the image to the right is NOT the image from the bulletin. at publish, I could not get a copy of the image, so take my word for it, it was kinda cool and it had the words “For to him, all of them are alive!” on the front]

This past week I was talking with a friend about a funeral she had attended recently. At the funeral she had heard an analogy about time in heaven which said that a single day in heaven is like a thousand years on earth. This is an interesting thought and a creative way to communicate the magnificence of life with God and God’s mastery over time itself.

We have lots of images like that; some from scripture and some from people throughout the history of Christianity who tried to describe what heaven would be like. Pearly gates and streets of gold are images that we find in scripture related to the New Jerusalem. Some of the early Christian saints had unusual ideas, such as the one in St Brigit’s prayer where she said she would like to see the Holy Family swimming in a lake of beer for all eternity. Regardless of what the picture is, it is an attempt to describe what heaven will be or is like.

All of these creative examples are designed to help us visualize some sort of answer to one of the questions people have been asking probably since the beginning of humanity: what happens when we die? It was a question debated in Jesus’ time and there was a great divide within Judaism on this very topic. Two significant groups of leaders were on opposite sides of this issue. The Pharisees, those people we often see challenging Jesus, asking him all kinds of tricky questions, and eventually plotting to kill him, believed that there would be a resurrection of the dead. The Sadducees, another group within Judaism sort of like the Pharisees, did not believe there would be any such thing. In fact, they weren’t supportive of the notion of heaven at all and did not concern themselves with any idea related to life after death.

There are several places in the Old Testament where we can see support for the ideas of resurrection, one of which is in our first lesson for today. “O that my words were written down! O that they were inscribed in a book! O that with an iron pen and with lead they were engraved on a rock forever! For I know that my Redeemer lives, and that at the last he will stand upon the earth; and after my skin has been thus destroyed, then in my flesh I shall see God, whom I shall see on my side, and my eyes shall behold, and not another.” These are the words of Job speaking about seeing God after he has died and been resurrected.

This is all very interesting stuff. However, it doesn’t really answer that question we started with, the one that humans have been asking for so long: what happens when we die? In one of Paul’s letters to the early church, he attempts to answer this question and even he has a difficult time with it. He calls it a mystery and says that it all happens very quickly. In the twinkling of an eye we are raised from the dead.

Unfortunately, however, there is no place where Paul or Jesus, or anyone else for that matter, gives a clear itinerary for the event. There are no turn by turn directions to get us there and there’s no GPS lady who will tell us how many miles it is or announce that we are “arriving at destination on left.” Of course, that is what we want, isn’t it? We want a brochure, a travel plan, a program for what’s going to happen next.

In today’s gospel text, the Sadducees have come to have a discussion with Jesus. They pose a riddle-like question to him. “Moses wrote for us that if a man’s brother dies, leaving a wife but no children, the man shall marry the widow and raise up children for his brother. Now there were seven brothers; the first married, and died childless; then the second and the third married her, and so in the same way all seven died childless. Finally the woman also died. In the resurrection, therefore, whose wife will the woman be? For the seven had married her.” This set of questions sounds, on the surface, like they are asking something about marriage, remarriage, or the laws concerning these things but in reality, they are asking Jesus a question about what happens when we die.

Jesus’ response to them points directly to the truth of the resurrection. He tells them that issues related to things like who is married to who are important to us now but are not of any concern to those who have died, not because they are dead but because they do not live as we do. “…in the resurrection of the dead….” Jesus says that people “…neither marry nor are given in marriage. They cannot die anymore because they are like angels and are….children of the resurrection.” In other words, this question doesn’t really get to the heart of what you’re asking because it isn’t anything like what resurrected life is going to be like. And rest assured, there will be a resurrection!

Jesus then goes on to use Moses and his encounter with God at the burning bush as one piece of evidence for believing in the resurrection. God says that he IS the God of Abraham, Isaac and Jacob; God uses the present tense and not the past tense. God doesn’t say: I was the God of Abraham, Isaac and Jacob and now I am your God. Instead, these people who are Moses’ long dead ancestors are spoken of by God in the present tense as though they are alive.

“Now he is God not of the dead but of the living; for to him all of them are alive.”

This is wonderful and it puts the Sadducees questions to rest. However, there is something that Jesus does not do. He doesn’t say what is actually going to happen when we die.

Sometimes, we want to know the answers to questions that don’t actually help us in any way. We think that knowing certain things will make it ok, keep us safe, make us prepared for whatever is going to happen. But the truth is that they don’t. This is why some answers feel incomplete.

This is like the questions we ask about natural disasters and many of life’s terrible tragedies. Why do bad things happen to good people? Why do good things happen to bad people? Why is there illness and injustice in the world? Why are there hurricanes, typhoons, droughts, and earthquakes? We actually have many ways to respond to some of these questions. We can study weather patterns, the way our lack of care for the environment has impacted the planet’s climates, the places where people have chosen to build their homes. We can say that there are diseases and complex systems that lead to diminished health and that human beings are fallen, broken beings that hurt one another. But these are really answers to “how” these things happen, not “why”.

God does not ignore our questions or think they unimportant, but God is more concerned with our deepest questions and needs. So what is God’s answer? What is God’s response to us when we ask these things?

The answer God gives us is the cross. God’s answer is the life, death and resurrection of his son, Jesus Christ. God’s answer is not a laundry list of reasons responding to “why?” Instead, God chooses to respond by doing something about pain and suffering in the world and to join us in that pain and suffering so that we do not do so alone. Sometimes, God even chooses bad things that happen in our world as opportunities to work through them and make a good come out of them. You see, beneath even the “why” question is something deeper: the desperate plea to make it right. And so God answers our deepest request even when we don’t realize that is what we are really asking.

The Sadducees asked Jesus, “whose wife is she?” but the real question is “what will happen when we die?” Perhaps, beneath even that “what” question is something more. Perhaps beneath it is the desperate plea to make it right. Save us from this last, greatest enemy, the one we cannot defeat ourselves.