Once upon a time there was a fig tree growing in the middle of a large orchard. It was an orchard of peach trees and apple trees and fig trees and lots of other trees as well. It was a lovely orchard with trees that were strong and beautiful, short and broad, tall and full of leaves, and all of them bore delicious fruit in their due season.

The fig tree in the middle of the garden was one of those trees who was always asking questions. Most people think trees have answers, they always know which way the wind is blowing in any kind of weather, but this little fig tree had, it seemed, all the questions and never knew which way to turn.

The gardener worked diligently with all the trees doing everything he could to make life in the orchard healthy and happy. He fertilized the trees, pruned them and harvested the fruit for the orchard owner.

One day, the gardener rolled his very full wheel barrel to the middle of the orchard to check on the young fig tree. Even though the season for figs had come and gone many times, this little tree had not given a single fig. He carefully examined the tree, walking all around it with his shovel on his shoulder, checking to be sure was healthy and that nothing had damaged it. “Good morning, dear little fig tree,” the gardener said, “how are you this day?”

“Oh, please,” said the fig tree with a great impatient sigh, “stop calling me ‘dear little fig tree’! I am a grown up, you know!” She stamped her root foot and put her branch hands on her trunk hips. “Oh yes, I know!” said the gardener with infinite patience, “So, how are you?” “I am frustrated,” the little fig tree responded, “and I am tired of being in this orchard!”

The gardener took his shovel down from his shoulder and leaned on it, turned his head to the side and asked, “well, where would you go? What do you want to do?”

“I just don’t want to be stuck here in this orchard like everyone else doing the same ole thing as everyone else! I want to be different! I want to see the world and be totally unique!” “Ah,” responded the gardener, “that is an interesting idea, little fig tree.” “Yes, I thought so, too,” she continued. “Everything is just so boring here, and ordinary. I’ve started taking an online course called ‘How To Be A Banana Tree’. That’ll be something, won’t it! There are no other banana trees around here and everyone thinks I’m just a plain ole fig. Won’t they be surprised! That’ll show everyone I am special!”

“Dear little fig tree,” said the gardener, “you are special just as you are. Just be yourself.” Hrumph, thought the little fig tree, who wants to be yourself when yourself is just a fig tree. The gardener began shoveling some dark, smelly stuff out of his wheel barrel and putting it around the base of the fig tree. “It’s time for me to DO SOMETHING with my life!” she said, “I need to find a job that I can really enjoy, then I can be a lot happier.”

“A job,” said the gardener as he began to dig into the dirt around the little fig tree’s roots, “is something to do and then not do. If you are not happy with yourself, it will not make you happy.” “I could figure out a way to attach wheels to my roots, then I could go all around the world! Or maybe I could have a little surgery to graft on an apple branch or maybe a pear branch, too. Then I could be Pearple tree. Maybe they could make a movie about my life and I could go wheeling down the red carpet on my root wheels! Then everyone will love me and I will be so happy!”

“Dear little fig tree,” the gardener said patiently as he continued to dig around her roots and put out more dark smelly stuff, “none of that will really do any good. The most special thing you can be is that which you are meant to be and that is a fig tree.” The gardener stopped digging and leaned on his shovel again, looking up at the little tree. “When you are what you were made to be, what you were created by God to be, you are doing something more than ‘special’. You are doing something sacred.”

“Sacred?” cried the little fig tree. “SACRED? How on earth could anything around here be sacred, much less special? Just look at me! And NOW I’m all covered in this smelly stuff! What is it?” “It is fertilizer,” the gardener responded. “I know it smells bad, but it is what makes you grow. All life has fertilizer in it. Mistakes, failure, suffering, illness. But, if you will use this fertilizer, it will help you be a healthy, strong, sacred YOU.”

The little fig tree looked unconvinced. “I just don’t want to be a nobody,” she said meekly. The gardener looked at her with love and said, “To be nobody but yourself, to be nobody but the one God made you to be, may be the most important and most special thing you can ever do.”

The little fig tree thought for a long time. The wind blew through her branches softly. She thought about her roots down in all that fertilizer and dirt. She thought about being nobody but herself. As the sun was setting and the gardener looked up at her to say good night, the fig tree said, “I’ve changed my mind. I think I’ll be a fig tree.”

The stories Jesus tells in our gospel lesson for today are a little confusing. He talks about people who were murdered, people who were killed by a tower’s collapse, and about a tree that won’t bear fruit. They may seem confusing to us at first glance, but Jesus is answering some questions that most of us ask at some point or another in our lives. When bad things happen, is it because the people involved didn’t meet a high standard set by God?

Some of those who are following Jesus want to know if those who died in particularly awful ways deserved to die in those ways or if these kinds of deaths were some sort of punishment to them because they were not faithful enough. They specifically ask about some who were murdered by Pilate in a particularly gruesome way. Was this because they weren’t faithful enough? Was this some sort of punishment because they didn’t believe enough or do the right things? Jesus says no it isn’t. What about those who died when a huge towner fell in Jerusalem. Were they particularly bad people? Did they forget to go to worship or neglect some aspect of the law or something else along those lines and were punished by this death? Jesus says no. He does not explain why these things happened but he does indicate that they were not punishments for these individuals.

Then he tells the strangely open ended story of the fig tree. Will it bear fruit so it will survive? We do not know the answer. All we do know is what God has asked of the tree and that the tree is not alone.

The story I told about the fig tree is my version of one by Fr. Edward Hays, a Benedictine priest and writer. In that story, the little fig tree isn’t bearing fruit and the gardener is talking to it and giving it fertilizer to help it grow. The tree is trying to be everything other than herself. She thinks that being anybody special and not herself is what will make her happy. The more she struggles with this, the more fertilizer is placed on her roots. Ultimately, she finally understands that it is in being no one but herself that she finds contentment and something sacred.

The fig tree in Jesus’ parable is in jeopardy of being cut down if it does not bear fruit. Oh no! we might think, the poor little tree has such high demands put on it! And it means that God might cut me down if I don’t produce something, too. This sounds so harsh from a certain point of view until we realize that the fig tree is only being asked to be itself. The fig tree, and we, need only to be what God created us to be. 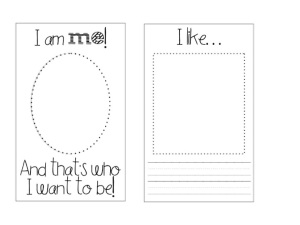 You must be like everyone else to be cool and fit in. You must do what someone else wants you to do, become someone else to succeed in the business world. You must look different, feel different, act different in order to be loved. You must change to be a success. In the adult world, no one seems to care about who you are or about being themselves but about who you can become that is special, outstanding, and unique. The world tells us we are not enough in countless ways, both tiny and looming, that chip away at the truth that being ourselves is enough. Being a child of God is enough, more than enough, to be loved by the almighty creator of the universe, so it seems reasonable that it can be enough for us, too.

So, what happened to the fig tree in Jesus’ story? Well, we don’t know. The little story I told was just one attempt to speculate, but it may be a story we get to write the ending for. We do know that the gardener wasn’t willing to give up. With a gardener like Jesus helping, how could any tree not thrive?